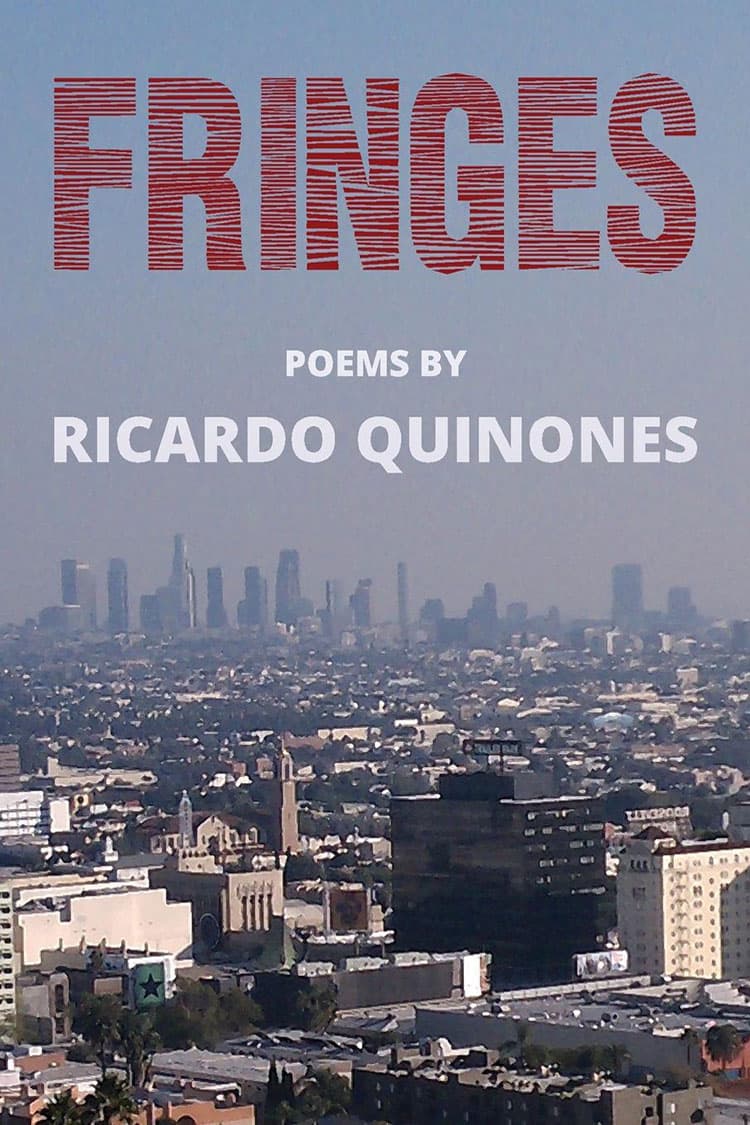 In his latest collection of poems, scholar-poet Ricardo Quinones announces with little regret that 2014's Finishing Touches did not quite live up to its name.

Other poems, some worthy of the best of his earlier volumes, obtruded, seeming to call for the special attention of a new volume: Fringes.

Ricardo Quinones was a scholar-critic, professor emeritus of Claremont McKenna College. He was the author of such prize-winning volumes as The Changes of Cain: Violence and the Lost Brother in Cain-Abel Literature (1991), Dualisms: The Agons of the Modern World (2007), and Erasmus and Voltaire: Why They Still Matter (2010).

Mr. Quinones held academic positions as professor or visiting professor at many colleges and universities, including Harvard University, the City University of New York, UC Irvine, and the University of Kansas and served as president of the Association of Literary Scholars and Critics, chair of the MLA's executive committee on comparative literature, member of the California Council for the Humanities, and member of the National Council on the Humanities. He received his B.A. from Northwestern University and his Ph.D. from Harvard University.

39 West Press is honored to feature the poetry of Mr. Quinones.

Prurience takes root / An infestation infecting all / In their own juices people burn / They repair to the fringes of the city / At the ends of town / Are pleasures found / Enhanced by guilt and dirty down.