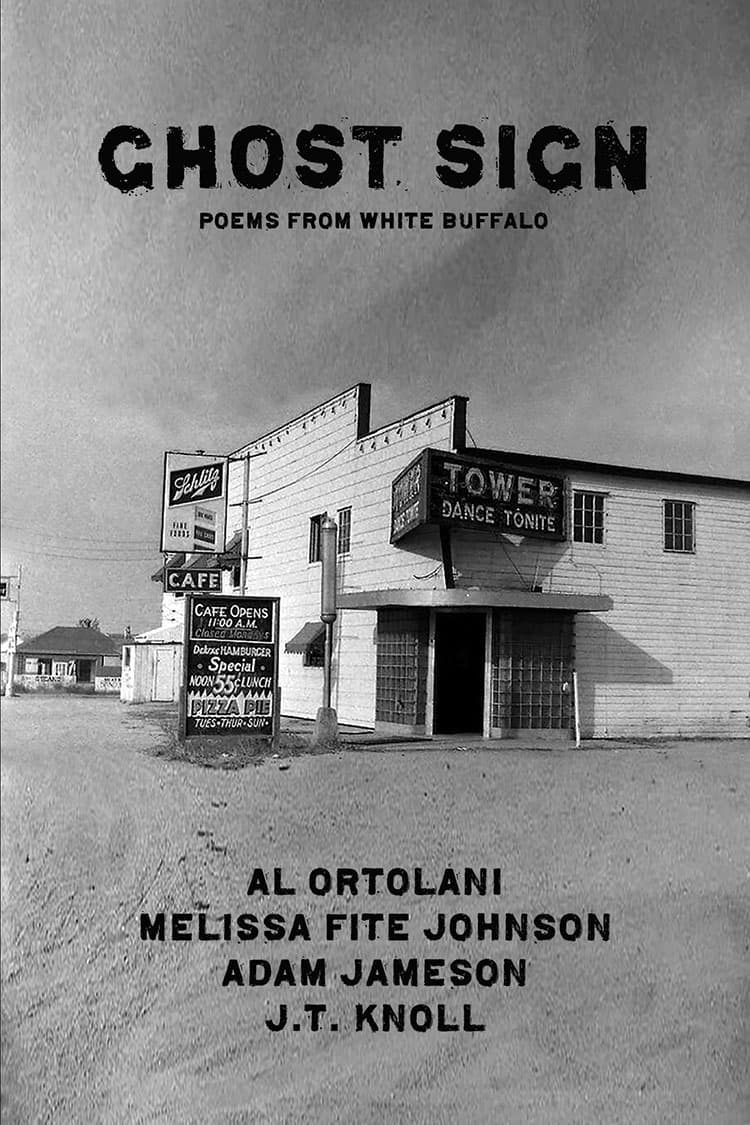 Named a 2017 Kansas Notable Book by the Kansas State Library

In the 1920s and 1930s, Pittsburg, KS was a major coal-mining town, attracting various ethnic groups from southeast Europe and beyond. The often belligerent and divisive spirit of the miners--and the unpredictable politics of Southeast Kansas--earned the region the nickname, "The Little Balkans." The four poets (Al Ortolani, Melissa Fite Johnson, Adam Jameson, JT Knoll) appearing in this collection carry forward that same proud, independent spirit. They call themselves White Buffalo, after a now-defunct café in Pittsburg that offered writers, poets, artists, musicians, and friends a place of warmth and community, which in turn fostered an environment of challenge and diversity.

Ghost Sign epitomizes honest work that is both lyrical and painful while simultaneously joyous and sad. It is rooted in folklore and mystery, and its place is informed by powerful imagery: sunlight on the crater of a strip pit, the shadow of an owl at Camp 50, junkyard mechanics, railroad men, and a grandfather at a piano plunking out Methodist hymns. With craft and passion, the Ghost Sign poets, who each know how to remember, resurrect those indomitable, lost places, folks, and ghosts from the forgotten past of Southeast Kansas.

Published in partnership with our friends at Spartan Press. 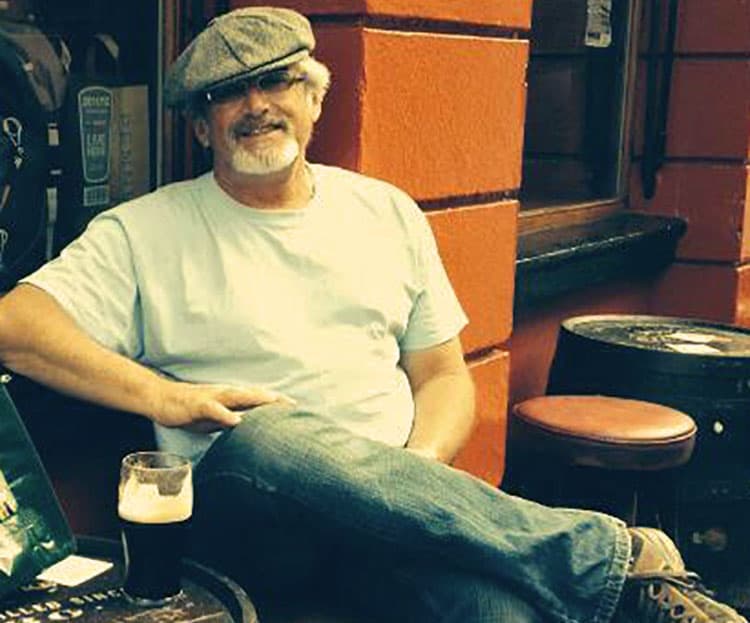 AL ORTOLANI’S poetry and reviews have appeared in journals such as Rattle, Prairie Schooner, New Letters, The Writer’s Almanac, and the New York Quarterly, and his poems have been nominated for the Pushcart Prize and Best of the Net. He has published several collections of poetry, including His Waving Mustard in Surrender (NYQ Books), which was short-listed for Binghamton University's Milt Kessler Poetry Book Award, and Paper Birds Don’t Fly, released in April 2016 by New York Quarterly Books. Al has served on the Board of Directors of the Writers Place, The Brick Mountain Foundation, The Little Balkans Press, and currently sits on the board of Woodley Press at Washburn University in Topeka. He regularly drank coffee at the White Buffalo Café and Emporium and was once photographed eating the largest baloney sandwich ever served at 7th and Broadway. 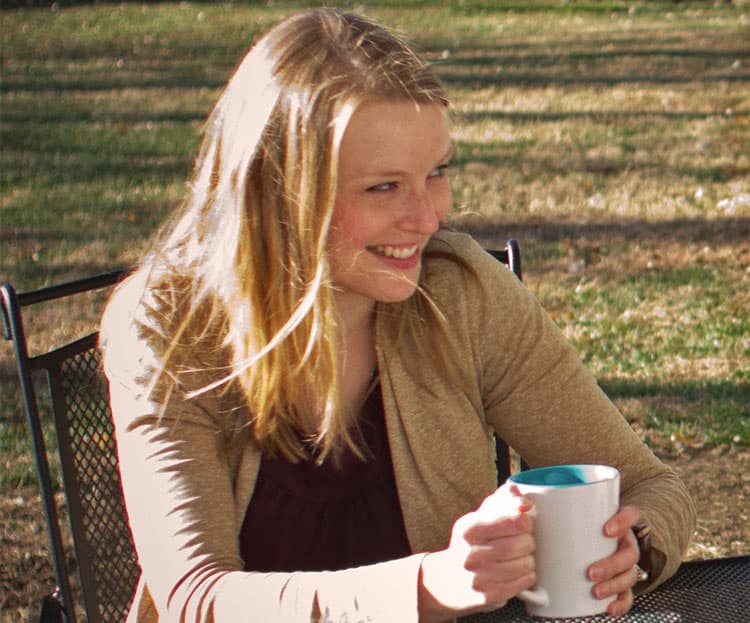 In 1984, the same year the White Buffalo Café and Emporium closed its doors, three-year-old MELISSA FITE JOHNSON moved to Pittsburg, KS. She never left. The town fostered in her a love of literature and writing. She earned a Master’s Degree in English Literature from Pittsburg State University and currently teaches English at her alma mater, Pittsburg High School. Her poems have appeared in Valparaiso Poetry Review, Broadsided Press, Midwest Quarterly, Red Paint Hill Journal, and elsewhere, and her first collection, While the Kettle’s On (Little Balkans Press,2015), won the Nelson Poetry Book Award and is a Kansas Notable Book. Melissa and her husband, Marc, live in Pittsburg with their four backyard chickens. 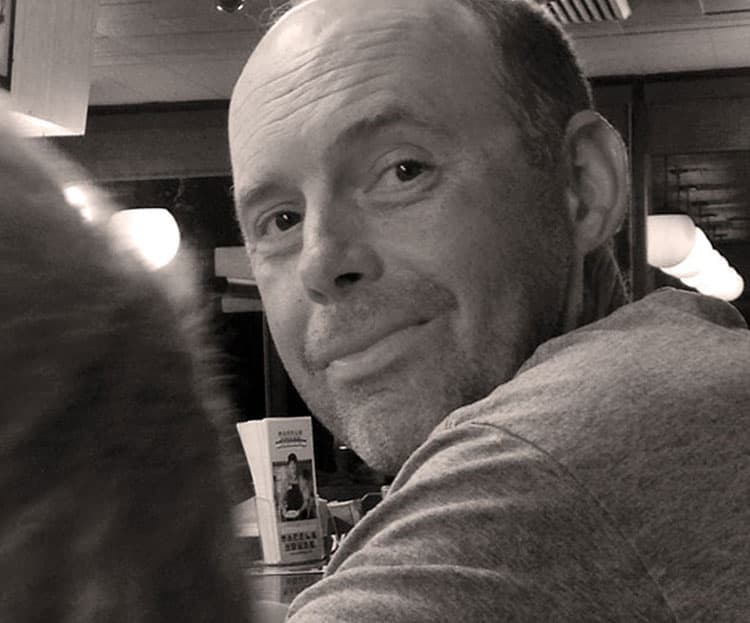 ADAM JAMESON was born and raised in Pittsburg, Kansas. He is a 1995 graduate of Pittsburg State University, where he earned a B.A. in History. His Whitmanesque job history includes self-employed construction, UPS, and Kansas City Southern Railroad. He currently works as an estimator for Westar Energy. Adam started writing poetry in high school and has spent the last 25 years performing with White Buffalo Poetry and Blues. His poems have appeared in Harp, The Little Balkans Review, and To the Stars through Difficulty, and his first collection of poetry, #9 to Sallisaw, was released in 2013 by Little Balkans Press. Adam lives in rural Pittsburg with his wife, Meredith, and son, Cole; his favorite past times are chasing pheasants in the fields of western Kansas and catching slab crappie in the strip pits around Pittsburg. 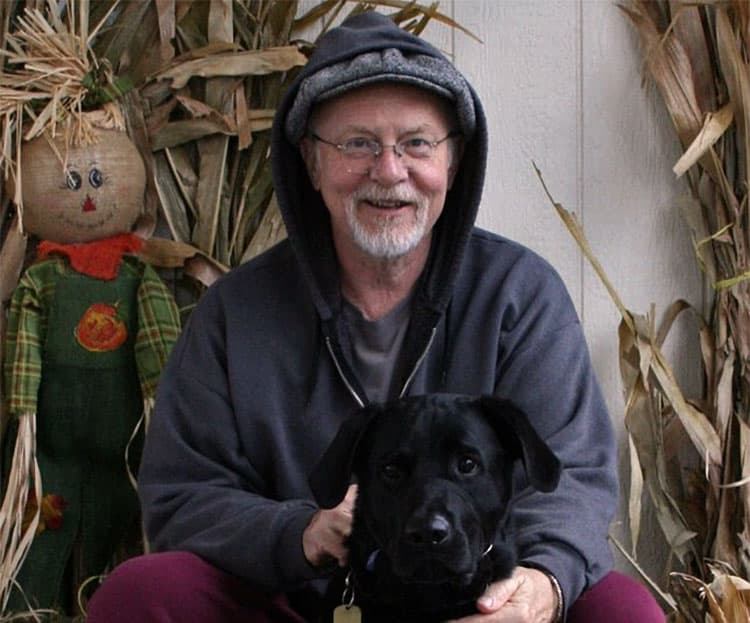 Former co-owner of White Buffalo Café and Emporium and founding member of White Buffalo, J.T. KNOLL has twice been awarded first place in column writing by The Kansas Press Association as a columnist for The Morning Sun. He has performed original songs and poetry in a myriad of venues across the country and led mindfulness and training workshops throughout the Midwest. His poetry has appeared in journals such as The Midwest Quarterly, Another Chicago Magazine, Chameleon, and The Little Balkans Review. His published collections include Paperboy, True Stories, Entry / Exit Point, Chorus Line, Where The Pavement Ends, and Fetch Crazy. He lives with his wife, Linda, and Arlo the Labradorian on Euclid’s curve in Pittsburg, Kansas, where he operates Knoll Training and Consulting. An ambivert, he is equally at home meditating and reading in his room as singing and reciting poetry in a performance hall.

“Ghost Sign delivers exactly what its title promises — a public palimpsest in which the past is movingly legible. These poets sing Southeastern Kansas in a rich and complex four-part harmony that’s both dirge and love song, haunted by loss and heartened by what endures.” –Eric McHenry, Poet Laureate of Kansas (2015-2017)

“Full of the fingerprint of the everyday illuminated, this collection by KC and regional poets shines a light on the examined life. At once intimate and authentic, this collection urges us to live life with open eyes and arms. Also, it’s chiseled and expertly crafted.” –Kevin Rabas, Poet Laureate of Kansas (2017-2019)

“Ghost Sign is a four-poet field guide to Southeast Kansas, a region rich in history, small town character and characters, beauty, and troubles. These poets give us the ‘haggard and the high class together,’ the strip mining pits, the taverns, the ball fields, the ‘heron wings and beer cans,’ the Royals on the radio.” –Thomas Fox Averill, author of rode

Even our footprints dissolve like the summer, the crows thieves in the corn.