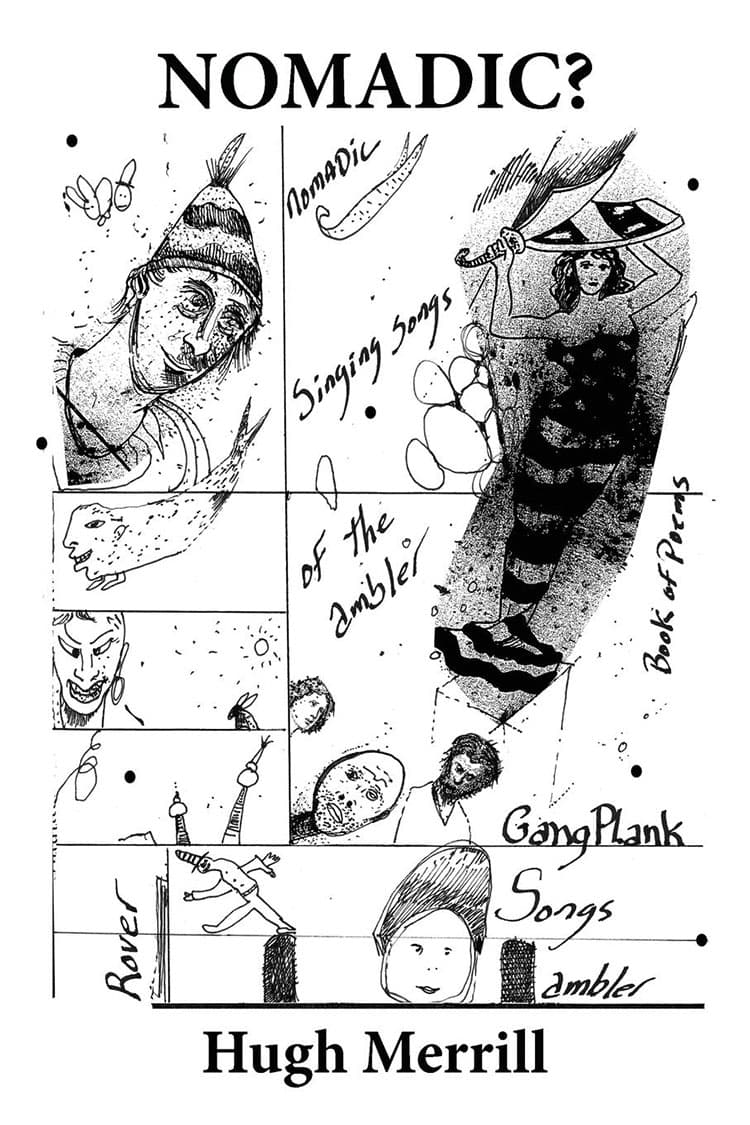 Nomadic? Rover by Days Singing These Gang Plank Songs of the Ambler

HUGH MERRILL, the printmaker, has a dirty little secret: for many years, he has been covertly writing … poetry. His debut book of poems, Nomadic? Rover by Days Singing These Gang Plank Songs of the Ambler, reflects the intense and unguarded energy of a vital artist and natural storyteller who has deep connections to both historic and current movements. His subject matter ranges from childhood memories of racial inequality to contemporary ideas of gender fluidity, and his absurd ditties tickle the what the fuck bone in all of us. Littered amongst the poems are moments of prose and snippets of email exchanges between Merrill and his editor. But perhaps the most dynamic aspect of this book is the inclusion of Merrill's original drawings and handwritten notes, which occupy the space around the poems: visual expansions from the poet’s haptic nonce of a squirrelly soul. 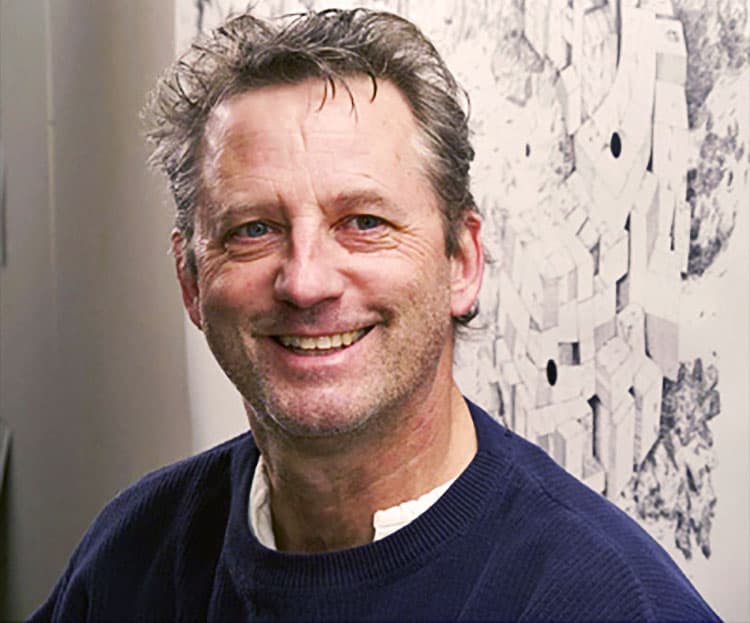 Much has been said and written about the internationally recognized printmaker, Hugh Merrill. He earned a B.F.A. degree from the Maryland Institute College of Art in Baltimore and an M.F.A. degree from the School of Art and Architecture at Yale University, where he worked with (and was influenced by) John Cage, Divine, Allen Ginsberg, and others. He has been awarded grants from the National Endowment for the Arts and the Mellon Foundation, was the recipient of a Yaddo/Hand Hallow Fellowship, and was presented with the Teaching Excellence in Printmaking Award at the Southern Graphics Council Conference in 2007. His artwork has been exhibited internationally and collected by major museums, including the Museum of Modern Art, the Daum Museum of Contemporary Art, the Harvard Art Museum, the Cranbrook Art Museum, the Minneapolis Institute of Arts, and the Nelson-Atkins Museum of Art.

In the early 1990s, Merrill began grappling with the injustice and inequality present in our society and launched a near 30-year commitment to engage art and activism together. While serving as Executive Director of the not-for-profit group Chameleon Arts, he has directed outreach to homeless and at-risk youth and facilitated countless projects that unite artists with activist groups. Merrill is currently a professor in the printmaking department at the Kansas City Art Institute, where his social practice curriculum teaches young artists to engage in community development and advocate for social issues.

When I write, I am outside myself, and images and words come in sequences and have little to do with each other from one line to the next. I form them so that they make sense to me like my abstract paintings do.