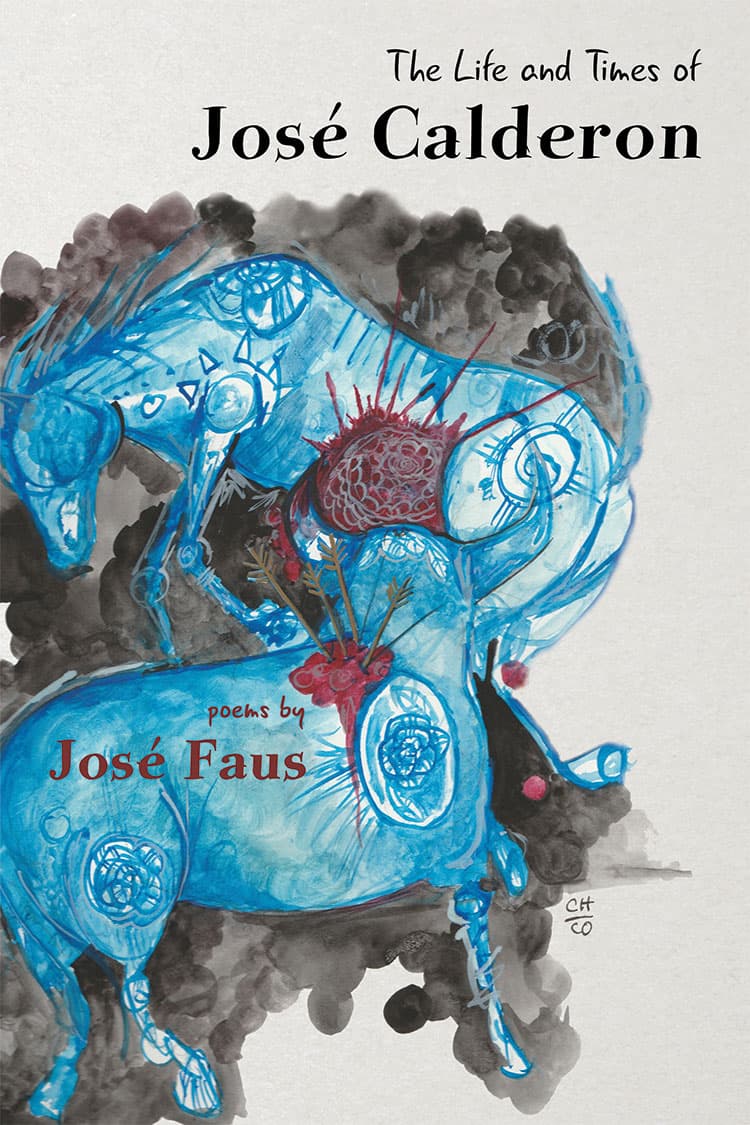 The Life and Times of José Calderon

If you would have met José Calderon on the street, you might have wondered if he was all there — not because the man lacked substance but because he blended well with shadows and light. Though tall and imposing, his gait was easy and slight, as if a breeze could carry him away like a scent or a leaf. One friend said of him: "He suffered his life silently to the point of indifference." That is until he found inspiration from an old gypsy woman with a young girl's smile and set out to chronicle his life, motivated by "a question life had begun to ask of him."

The Life and Times of José Calderon — compiled from papers he left behind and the cryptic asides he made to the few acquaintances he let into his musty house on Independence Avenue in Anytown, USA, where he lived with a rambunctious cat and a majestic harp — follows This Town Like That, the debut book of poetry by José Faus.

José Faus, a Bogota, Colombia native and longtime Kansas City resident, is a multi-disciplinary artist, writer, independent teacher, and founding member of the Latino Writers Collective<. He is the 2011 winner of the Poets & Writers Maureen Egen Writers Exchange Award, sits on the boards of UMKC Friends of the Library and Charlotte Street, and is the former President of the Board of Directors of The Writers Place. José has been involved in many mural works in the Kansas City area, Mexico, and most recently Bolivia, where he received a cultural ambassador grant from the U.S. State Department. He maintains a studio practice in downtown Kansas City, KS.

I heard a song falling across the hills, exploding like a waking cicada in June.